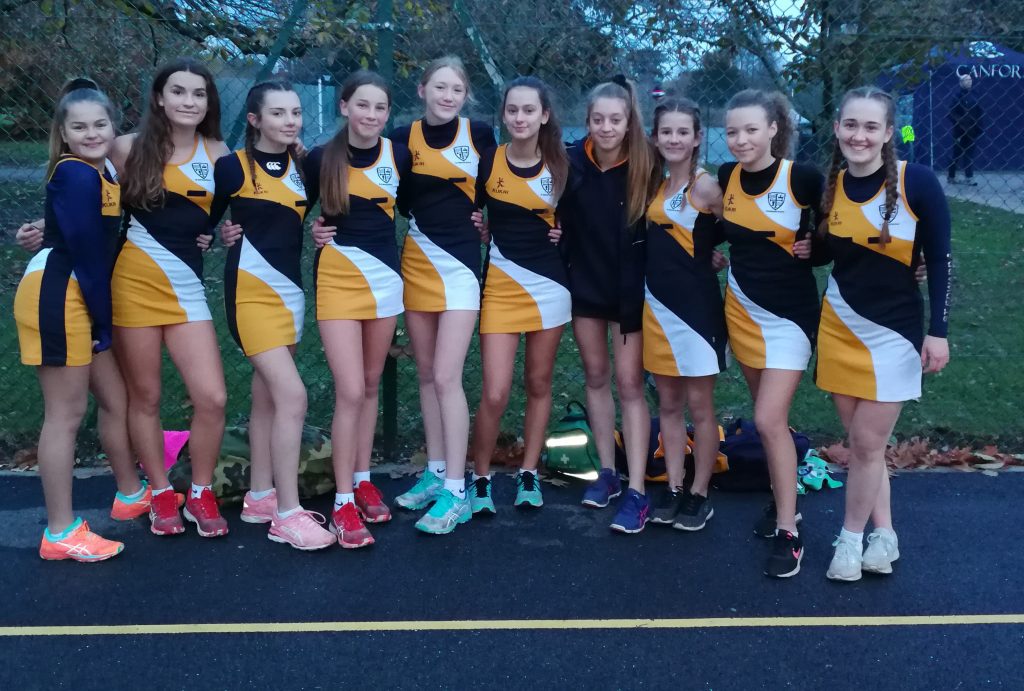 Students from St Edward’s School in Poole have earnt the right to represent Dorset after qualifying in the National Schools Netball Dorset County Tournament held at Canford School. Achieving an admirable second place against 12 schools from across the county, St Edward’s U14s are one of two teams who will now go onto represent Dorset and compete in the Netball South West Schools Tournament held at Sir David English Sports Centre on the 25th January.

During the Dorset County Tournament, the Y8 students from St Edward’s beat Canford, Woodroffe, Budmouth, Highcliffe and Sherbourne school to top their group and progress to the semi-finals. Following a decisive 17-5 win against Bournemouth School For Girls, the U14 team faced Talbot Health in the final. The final game proved a hard-fought contest with both teams demonstrating impressive skill and determination. St Edward’s were narrowly defeated with an end time score of 13-10 to Talbot Heath but still gained the honour of joining their competitors as qualifiers to represent Dorset in the regional finals in 2020.

“We are extremely proud of a team that has shown commitment, enthusiasm and dedication to a sport that they love.  We wish them all the luck in the next round.“

For more information or to arrange an interview, contact Theo Meddelton of Darren Northeast PR (working on behalf of the St Edward’s School) on 01202 676762 or pr@darrennortheast.co.uk.

PLEASE NOTE THAT BOTH

YEAR 7 AND YEAR 10 PARENTS EVENINGS HAVE BEEN CANCELLED.

Further information is available in the letters section