At the end of last year, we held our Annual Sports Presentation, albeit differently so that everyone remained safe. It was important to our school that we continued to recognise all those efforts, commitments, and sporting achievements by the outstanding students at St Edward’s.

Mrs Bland, part of our brilliant PE team said: “It really was a fantastic opportunity to finally present the awards to the students. It was a lovely reminder of how amazing our students are at committing to the wide range of sports on offer at St Edward’s. We miss the opportunities to be with the students at extra-curricular clubs, and all the rewards and life skills that come from participating as a team and taking part in exercise. As we look ahead, we hope that we will be able to welcome students back to clubs and fixtures later this year.” 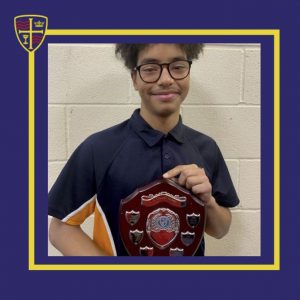 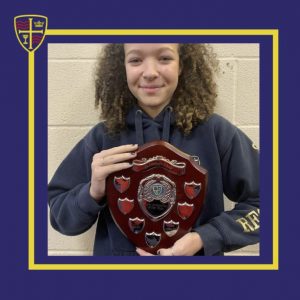 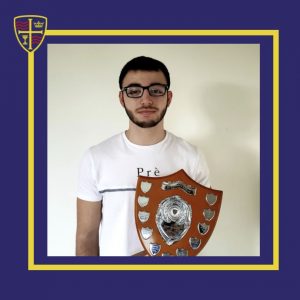 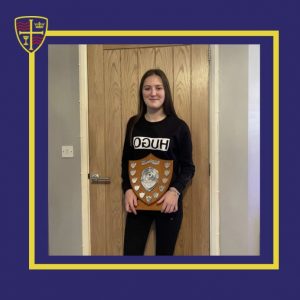 Luca swims for Poole Swimming Club and trains for up to 14 hours a week which includes being in the swimming pool at 5am three days a week.

Luca has represented Poole Swimming Club at the County and Regional Swimming Relays where his age group won their events.  He has also represented the swimming club at the National Arena League competition which took place over 2 heats and then a final in South Wales where he, alongside the clubs International swimmer (Jacob Peters) were the only swimmers to win their events.

Luca (despite his hamstring injury) is currently ranked number 1 nationally in Swim England Level X competition.  As one of the toughest training disciplines physically and mentally, this is such an incredible achievement, we look forward to watching and hearing Luca’s swim success in the future. 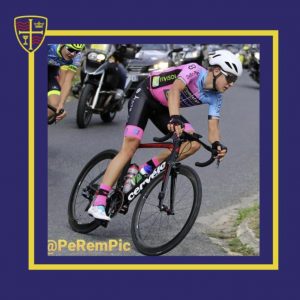 Tom has been cycling competitively since the age of 12. He joined the local cycling club ‘Poole Wheelers’ and with encouragement from the club coaches, he started racing competitively in road racing and track racing on the velodrome. Being fairly small in size, Tom won very little until the age of 16. His determination and absolute training focus of 20 hours per week has since led to great successes locally and nationally. Many hours over the winter are spent riding in the Dorset lanes, in the gym, on a turbo trainer or even behind a motorbike in the pursuit of his goals.

Many weekends were spent in Belgium racing on closed road circuits called ‘Kermesses’ against 150 junior riders. These were often held on the steep hills of the Flanders region which includes cobble stones, tight bends and high winds and rain thrown in for good measure. Tom achieved eight top 10 finishes and as a result he has been invited to join the top Belgium Cycling Team ‘Flanders Colour Galloo’. This has enabled participation at International level in 2020. His campaign started on March 1st at the Belgium Classic ‘Kuurne Brussels Kuurne’ where he achieved 26th place.

In 2020 Tom achieved his goal of becoming National Champion. He was selected by the GB Cycling Team to represent the United Kingdom at the Junior World Championship in Switzerland but unfortunately it was cancelled due to Covid. As a result of his successful 2020 he got a two-year contract with the Dutch team SEG Racing and is now a full-time athlete training very hard!  We very much look forward to watching and hearing Tom’s future success with his career, perhaps he will return as our inspiring guest speaker one day.

Below is a link for a media article recently written about Tom’s success: 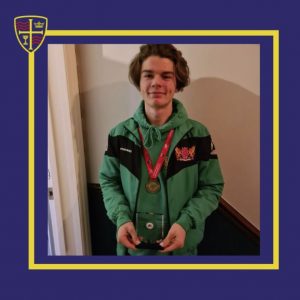 Covid inevitably put restrictions on training and competitions in 2020, however, Alife’s current training PB is 7.22m, with a competition PB of 6.65m from Nationals last year.

As a Year 11 student, Alfie does not currently have a placing as he is yet to compete in an under 17 competition, but comparing training PBs with the others in the country, he would stand at second in the country with 7.22 behind Jerel Livingston (who is now under 20).  Hopefully this year Alfie will be able to resume training and competitions and we look forward to hearing about his future success.