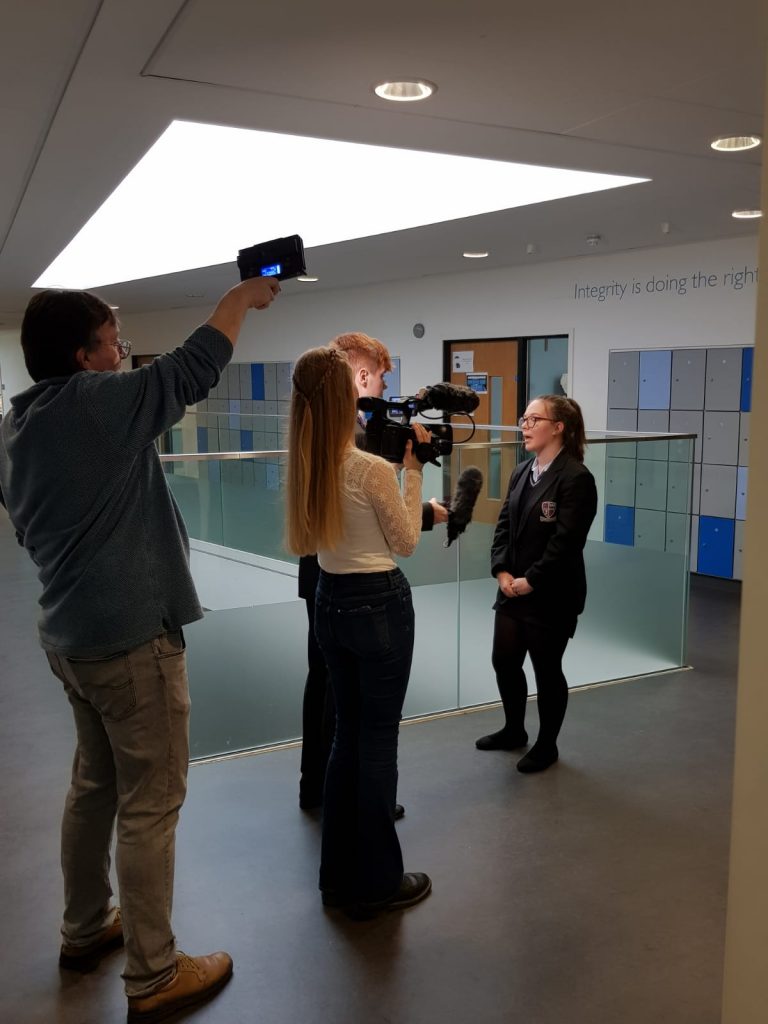 Students at St Edward’s turned into news reporters to shine a spotlight on how a range of positive mental health practices are being incorporated into school life to support their resilience and wellbeing.

The Poole school took part in the BBC Young Reporter Project, which gives young people aged 11-18 a platform to tell the stories which matter to them, with support and training from professionals at the BBC.

Sixth Form students Molly Robinson, 16, and Oliver Davies, 17, took up the roles of presenters for the three-minute news package which appeared on BBC South Today on March 10.

Other students from across the school also got a first-hand experience of what it takes to make a news report, both in front of and behind the cameras.

The feature focussed on St Edward’s School’s work with Oxford University for the MYRIAD (My Resilience in Adolescence) research project, which looks at the impact of mindfulness coaching as one tool to develop resilience in adolescents.

It also covered some other steps being taken by the school to support the emotional and mental wellbeing of students, including peer mentoring, an in-house counselling service and the creation of a mental health manager role to coordinate the support and skills development given to students across the school in managing day-to-day issues.

The professional-standard segment included footage of students in a mindfulness session and a number of short interviews with pupils talking about some techniques they have learned to help them manage stress, as well as Michael Tomlinson MP being interviewed by a student on his position on mindfulness and mental wellbeing.

“Here at St Edward’s, nurturing the wellbeing, mental health and resilience of our students and staff is central to our Christian ethos, so I was very proud that the students chose to focus on mindfulness and some of the other work we’re doing in this important area.

“I congratulate them all for their hard work and the excellent quality of the news item they were able to produce. It was certainly a rich experience for our students; who have learned about the making of news both in front of, and behind, the cameras. Thank you to the BBC for giving us this opportunity and thank you to Michael Tomlinson MP for giving us his time and support. ”

St Edward’s School fosters a culture for learning that supports the wellbeing of students and staff. As a school, they show that it is possible to combine strong academic outcomes with strong support systems.